Avoid the Flu this Winter 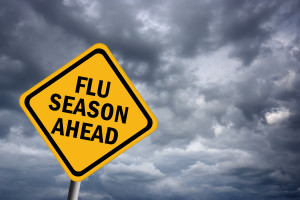 It’s not possible to predict what this flu season will be like. Flu seasons are unpredictable in a number of ways. While flu spreads every year, the timing, severity, and length of the season varies from one year to another.

The Australian Government revises the composition of its influenza vaccinations available on the National Immunisation Program prior to every flu season, taking into account World Health Organisation recommendations.

There will also be two vaccines on offer this year – one for people aged three years and over and one that is specifically tailored for children under three.

Three things you might not know about the flu shot:

Who is most at risk?

The flu virus is especially dangerous for the elderly, pregnant women, Aboriginal and Torres Strait Islander people and very young children, as well as for people with underlying medical conditions.

When should I have my flu injection?

You should ideally have your vaccination between March and May, before the onset of the flu season. Protection against the seasonal flu develops about two weeks after the injection and lasts for up to one year.

What is the difference between a bad cold and the flu?

The flu is more severe than a bad cold because:

Please do not attend the medical centre if:

1.You have any flu like symptoms including a fever, cough, sore throat, runny nose or shortness of breath. and/or

2. You have returned from overseas in the last 14 days.

Please call Lorne Medical Centre on 5289 4333 and discuss with reception before booking your appointment.

These measures are necessary to control the spread of COVID-19, reduce the impact on health resources (including keeping our health professionals at work), and to protect those more vulnerable to infection. We appreciate your patients, support and understanding during this difficult time.